This is a guest post written by mother, two-time breast cancer survivor Shirley Horn. I don’t have Internet access in my new apartment, so I haven’t been able to post lately. But I’ll update you all soon! For now, enjoy my mom’s writing. 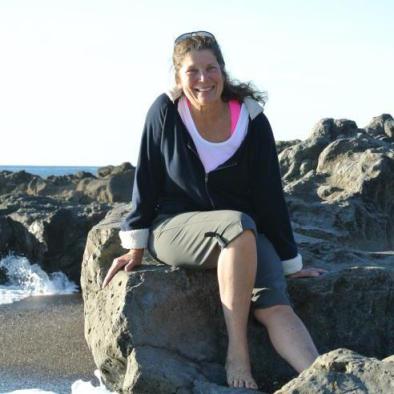 Decisions about parenting are like decisions about breast cancer treatments:  only YOU know what’s best for your children and yourself, regardless of what any of your close or not-so-close relatives or friends have to say about it.  When you’re faced with a disease as daunting as cancer, how to tell the kids is one tough part of the process.

My husband is Jewish and very traditional in his cultural and secular views. “Don’t tell the Kinder,” is a phrase I’ve often heard in our 24 years of marriage. (“Kinder” is Yiddish and German for “children”.) With my husband and his generational peers, it’s a deeply held belief that children should be allowed to keep their innocence as long as possible, unburdened by the woes of the world. When Rachel was very young, it seemed a good mantra to uphold and I wanted to protect her from everything that was bad or sad. 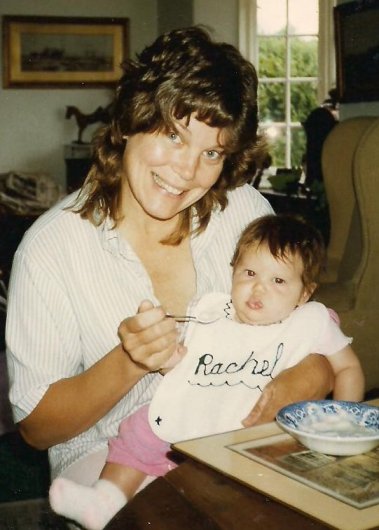 Shirley and Rachel in 1990 in England

We had just moved from Massachusetts to California when I was diagnosed the first time.  My daughter was 9 and she was settling down in our new neighborhood and making friends in her new school. Although she was a bright and precocious fourth-grader, we chose not to share the news with Rachel until we knew as much as we could know about my cancer and treatment plan. Since I had a lumpectomy rather than a mastectomy, it was an outpatient procedure and although we told her I was going to have an operation, I was home when she got home from school that night and functioning fairly normally. A couple of weeks after the surgery, we were off to a family reunion to celebrate our old uncle’s 80th birthday.

Chemo is, of course, a different story, and one not easily hidden. If the sight of Mom going bald isn’t enough to scare the wits out of a child, watching Mom with her head in the toilet heaving her guts out several times a day for a couple of days every week will certainly do the trick. (Or at least make your kids think twice about eating Dad’s cooking!)

A few weeks before my chemo began, I sat Rachel down one afternoon and explained.  “Mom’s sick.  I’ve got something called breast cancer. That’s why I’ve gone to the doctor a lot lately and went to the hospital last month. I’m going to be OK, but I’m not completely done yet. Soon, I’m going to start taking some medicine that is really strong and powerful.  The medicine is going to make me sick, too, but just for a little while. It’s even going to make all my hair fall out, but it’s going to make me better so the cancer doesn’t come back.” I think I said a few more things and then I asked Rachel if she had any questions. She said, “May I have a cup of tea, please?” That’s when I knew she’d be OK, too.

Rachel went wig shopping with me. We made a day of it and went to a cool shop that had a large selection of wigs and hats. She had fun helping me try on the wigs and she even got to try on a few. Together, we selected my wig (which I ended up wearing only once) and we each picked out a cute hat. She was part of the discussion when I decided to get my “G.I. Jane” haircut before chemo began, and she defended my honor when the kids at school teased her about having a bald mom.

We were fortunate to have several wonderful friends (mothers of Rachel’s friends) who pitched right in and drove carpool, brought over meals and invited Rachel for sleepovers during my treatment. Rachel herself maintained a cool and calm composure; I don’t ever remember her showing fear or being upset. If she was, she never let me see it. Even at 9, her protective instincts were there.

How old should a child be before you suspend the “Don’t tell the Kinder” rule when it comes to something like cancer? Not every 9-year-old child is capable of handling the Big C with the poise and maturity that Rachel showed. Your 7-year-old may absorb the news and deal with your illness by becoming Florence Nightingale and never leaving your bedside. Let your motherly instincts and intrinsic understanding of your child’s disposition guide you. 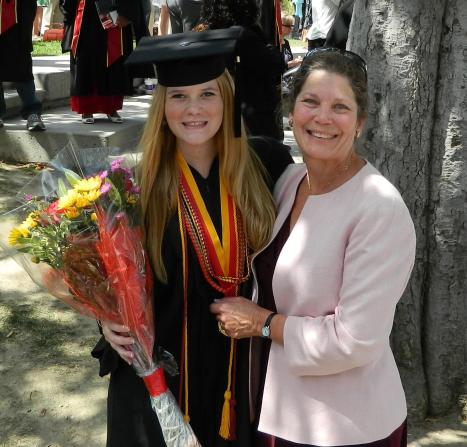 Shirley and Rachel at graduation in 2012

Shirley Horn is a retired marketing professional living in Redondo Beach, CA. She is an avid paddler for the Los Angeles Pink Dragons, a breast cancer survivor dragon boat team. She is also an artist and sells her work, along with custom-made mastectomy drain pockets and pit pillows, on her online store Precious Survivors.