A few days after finding out about my mom’s breast cancer diagnosis, I calmed down and stopped being so much of a basket case (meaning I returned to work, started doing my homework assignments again, and could listen to the song “Walk” without bawling.)

On September 30th my mom had sent an email to our “friends and family” mailing list, the people who routinely receive all of the news, good and bad (some of you might be reading this blog entry by way of that mailing list!). It detailed what was going on, what we knew about the cancer, what we didn’t know, and what the probable plan of action would be. This email was the first mention I’d ever seen of the BRCA genes.

On October 7th, Mom met with Erin O’Leary (scroll down that link to read Erin’s brief bio), a genetic counselor at UCLA Medical Center. Erin gave her more information about the BRCA genes and mutations and then did a blood test. The results of the blood test came back to us on October 13th, with a positive result for the BRCA2 genetic mutation. 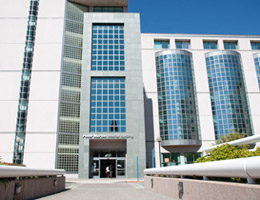 Mom wasted no time in telling me. Many parents who carry a BRCA mutation are very anxious and worried about telling their children; not my mom. She went straight from UCLA Medical Center (where she got the results) to my office in Santa Monica, took me out to lunch, and told me about the gene mutation. While she went to the restroom, I called Erin O’Leary and made an appointment to see her the next day.

That evening at home I started doing a lot of research on the topic. There were many questions: What were the BRCA genes? What were mutations of these genes? How many women had a mutation? Who was more likely to have a mutation? Could men have them? And most importantly, what were my risks? (The answers to these questions can be found here.)

My appointment with Erin the next day wasn’t necessarily about being tested for the BRCA genes; we just wanted to discuss what it meant for me that I had possibly inherited the same BRCA2 mutation as my mom. I, however, knew I would go forward with the blood test that afternoon.

Knowledge is power. Why wouldn’t I want to know? Growing up as a child of a relatively young breast cancer patient, I always knew that my chances of being diagnosed with breast cancer would be higher. Finding out that I was BRCA2 positive wouldn’t really change how I already felt.

Erin is great. Seriously. She has been such a helpful resource for me along this journey and was since the minute I met her. It was the three of us (Mom came with me) at the appointment. Erin gave me some background about the BRCA genes as well as some materials that had the specific numbers associated with BRCA mutations. We then talked about the typical options for women who are BRCA positive. The way I saw it, there were three options, but the first one was doing nothing–which isn’t actually a good option for anyone. So the only two viable ones were:

The first choice, to me, seemed too passive. I’d already seen the numbers, and Erin had explained them to me even more; doing intense surveillance for breast cancer wouldn’t stop breast cancer from happening, it would just catch it early.

Before I got my head too involved in the different options, I figured it would be best to actually learn whether or not I had a BRCA gene mutation. Erin, who already knew that I hated needles, offered me two choices: the blood test or the saliva test. I told her I’d suck it up for the blood test.

I really am a baby when it comes to blood tests. And honestly, each time I get one, as soon as it happens I’m like “Oh…that wasn’t that bad…” And it wasn’t!

What was bad was the waiting. UGH! I hate waiting! My blood test was on a Friday afternoon, so it wasn’t sent to the lab until the following Monday. I hoped to hear from Erin by the following Friday, but the day went by without a phone call or email. The Monday after that I still had not heard. So on Tuesday morning (October 25th) I decided to call Erin myself.

I could tell immediately by the tone in her voice that I wasn’t going to be pleased with the results: I had inherited the BRCA2 mutation from my mom. Damn…you know…damn. Okay, I had prepared myself for these results because I already thought I would hear bad news…but still, there was always that little shred of hope that the gene mutation had skipped me.

Well, at least now I knew for sure. And while the results were not desirable, the timing of their delivery couldn’t have been better: Erin mentioned to me that Lindsay Avner, the founder of an organization for high-risk young women called Bright Pink, would be speaking the following Saturday at a nearby hospital. She emailed the event information to me.

I was definitely going to go to the event. There was a lot for me to think about, and I hoped that seeing Lindsay Avner and hearing about her personal story would help me figure out my own.